A Diamond in the ROUGH

This poor, poor home. It was being used and abused and let’s just say, some of the things I found in this home are unmentionable. And unlike the last house, this house was being occupied when we bought it. But a 3 bed, 2 bath, 2 car garage home in the Seminole School district is hard to pass up, so we jumped on the opportunity! 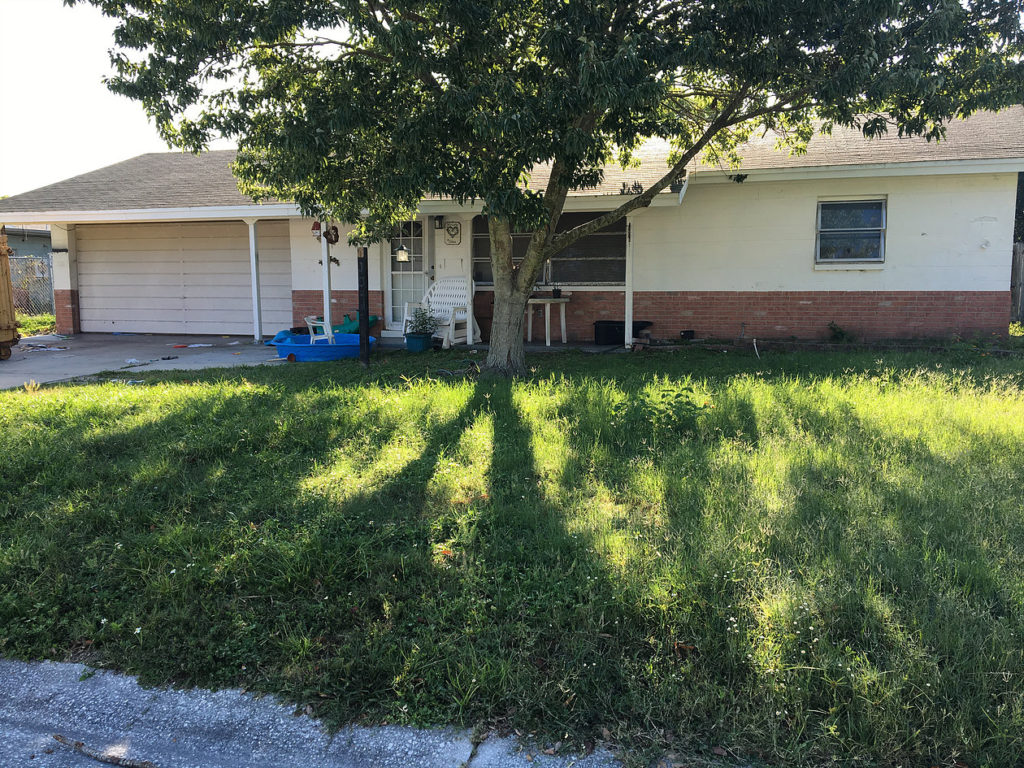 I was hoping the outside was going to be the worst part, but oh my, I was wrong. Absolutely nothing about this house was salvageable. In fact, there wasn’t one inch of this house that didn’t need tender loving care. There was junk EVERYWHERE, it was unbelievably dirty, the bathtub was filled with sewage, but its potential was exciting! 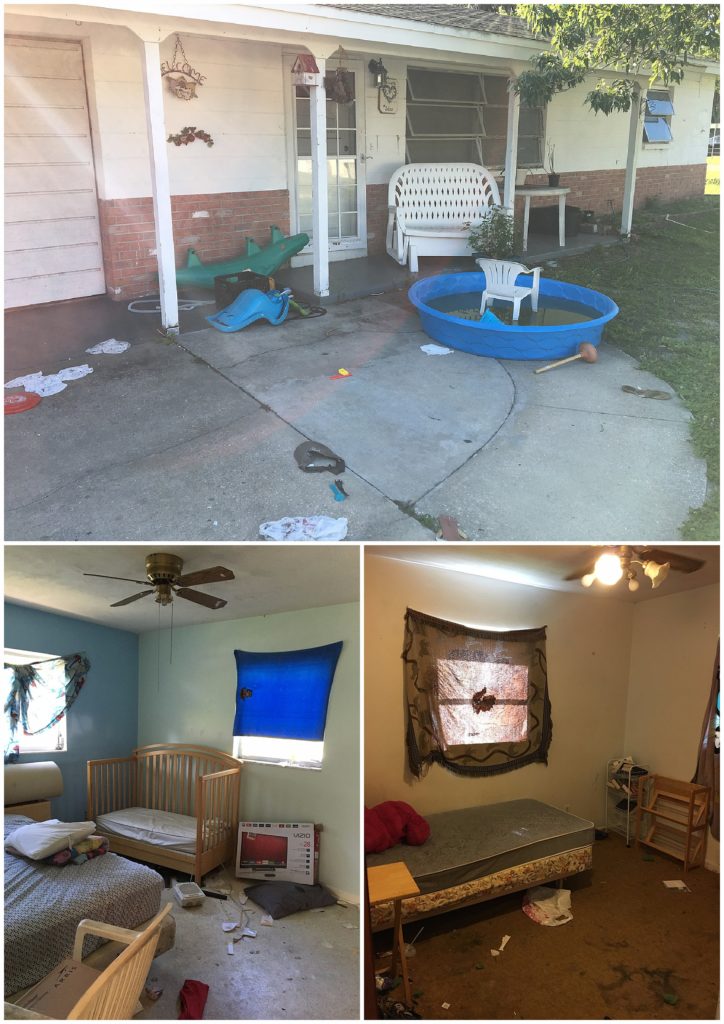 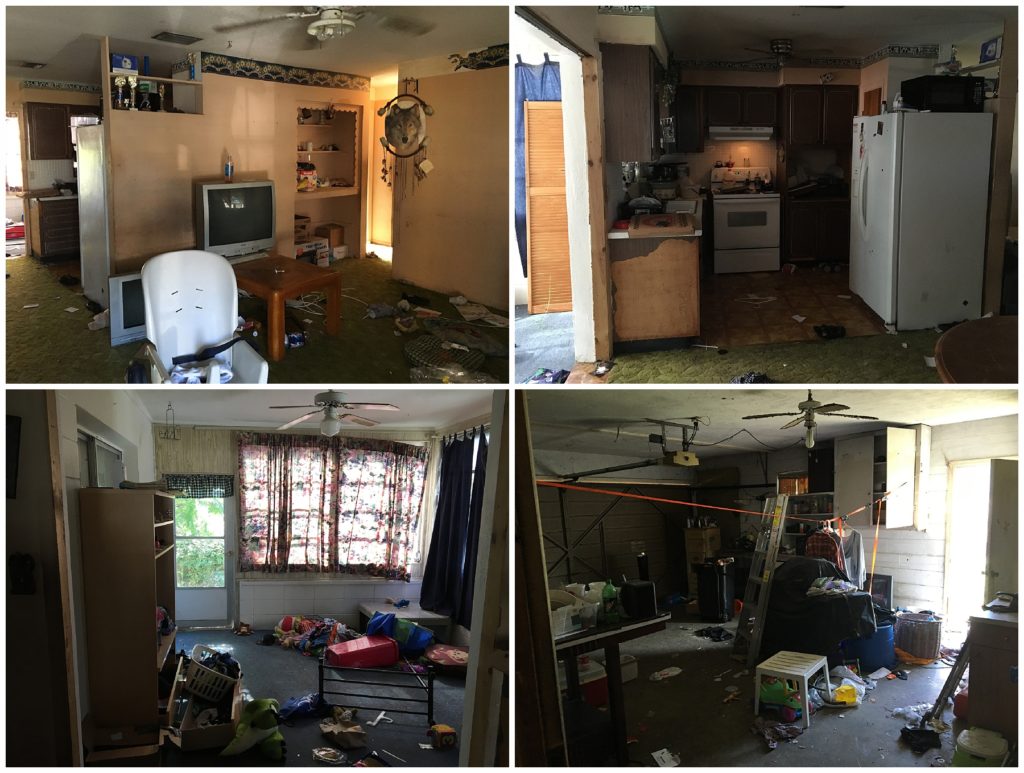 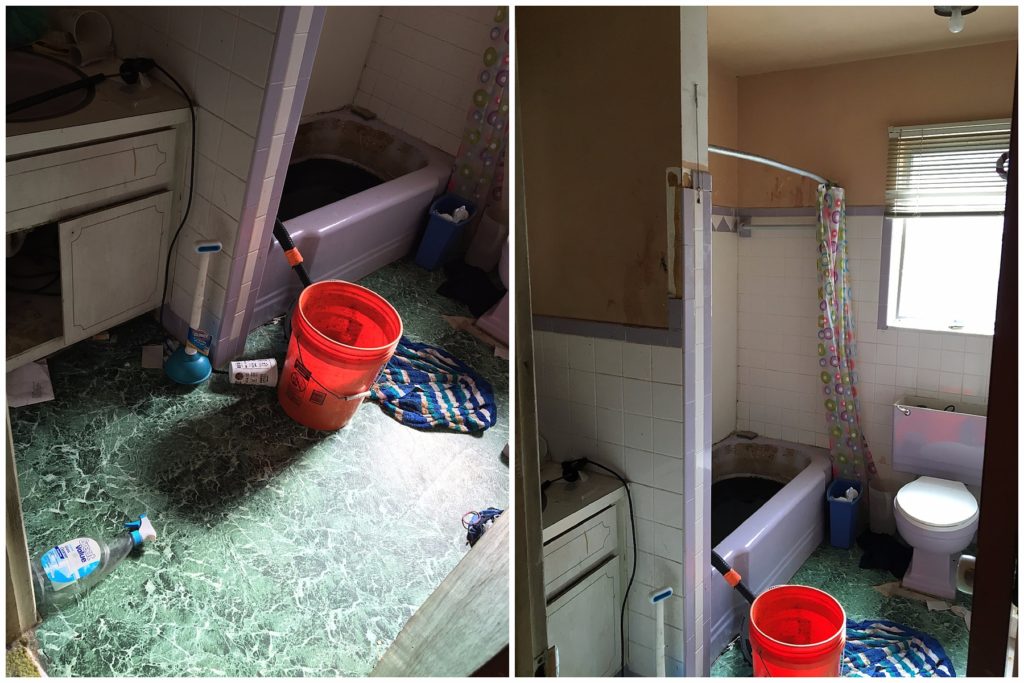 One of the hardest parts about this home was the fact that when these people moved out, they left absolutely everything you are seeing in these pictures. It took an entire crew a week and five 20-yard dumpsters before we had this place down to it’s bones, Then it was an uphill battle from there. The first of which was the horribly small and poorly laid out kitchen, I removed a pantry so I could open up the kitchen and have room for an island. 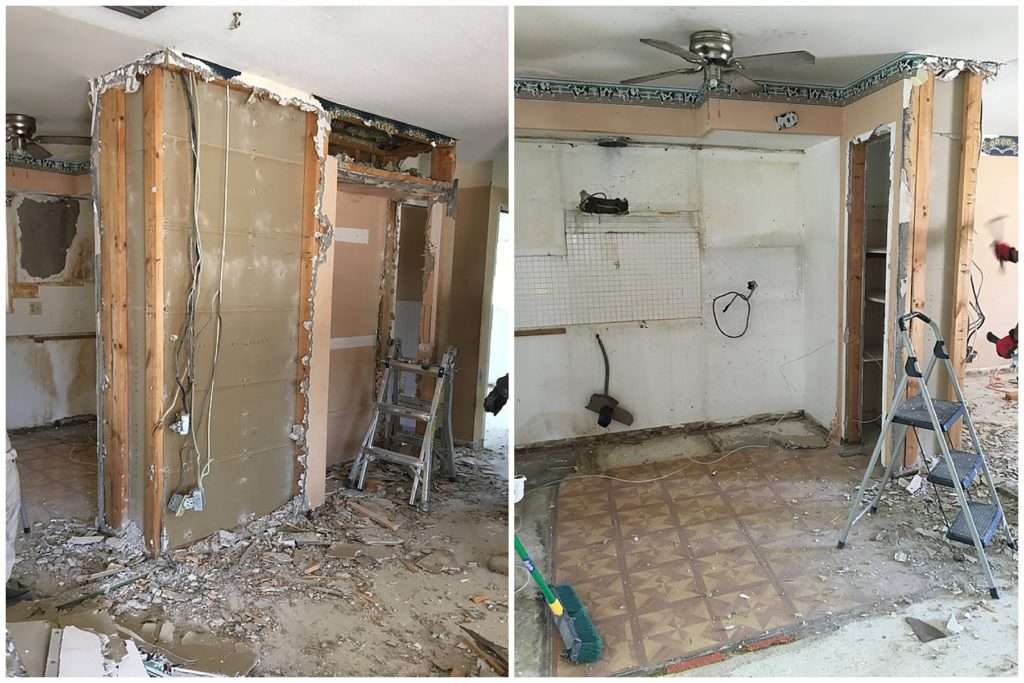 My next challenge was the porch. It was not a finished space but yet it wasn’t closed off from the house, the doors had been removed and its was sucking all of the A/C out of the house. So we added new french doors to both entrances to the porch from the kitchen and from the master bedroom, We also tore out the old broken jalousie windows and replaced it with proper screening to make a nice, usable, outdoor space.

It always feels slow at the beginning but once paint starts to happen, things really start looking up.

Another challenge I came across was in the bathrooms. Before we came in, there was really bad tile that covered the bottom half of all of the walls in both bathrooms. I wanted the tile removed so I could just paint the bathroom walls. But no matter how much sanding we did after the tile was off, there was no reconciling those walls and the drywall needed to be replaced or it needed to be tiled back over (which I was trying to avoid). Instead, I decided on option 3. I added wainscotting and a strip of tile and I loved the look it gave the bathroom, especially when the tile strip ran throughout the shower/tub tile, which for the master, I decided to go with a herringbone pattern. I just love the detail of it.

Luckily, when all was said and done, the biggest snafu we encountered was the carpet installers breaking the mirrored closet doors (and refusing to pay for them, but such is life). 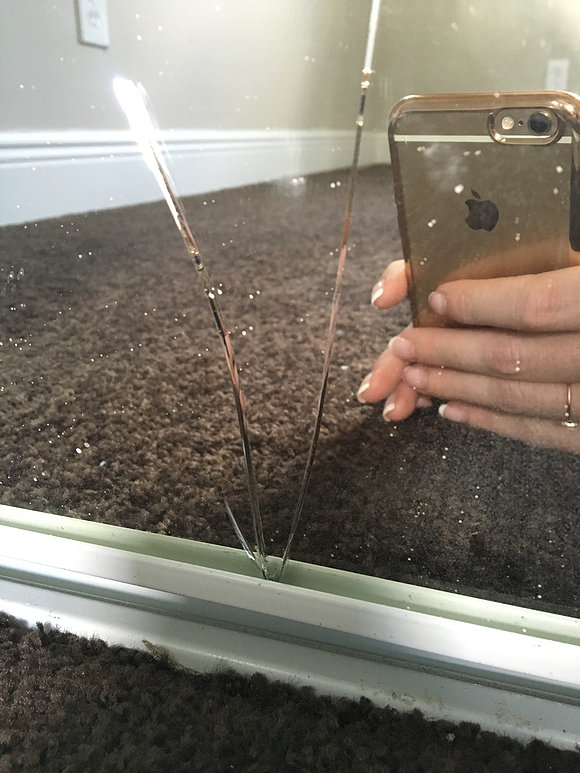 All in all, this home was so much fun to rehab. There was a lot of brainstorming that had to go into it and I was able to be much more creative with it than the last home. The herringbone shower, the arabesque backsplash, and the light fixtures were some of my favorite aspects I incorporated to give this house a modern, clean feel. After a little under two months, this house was given the look it always deserved. 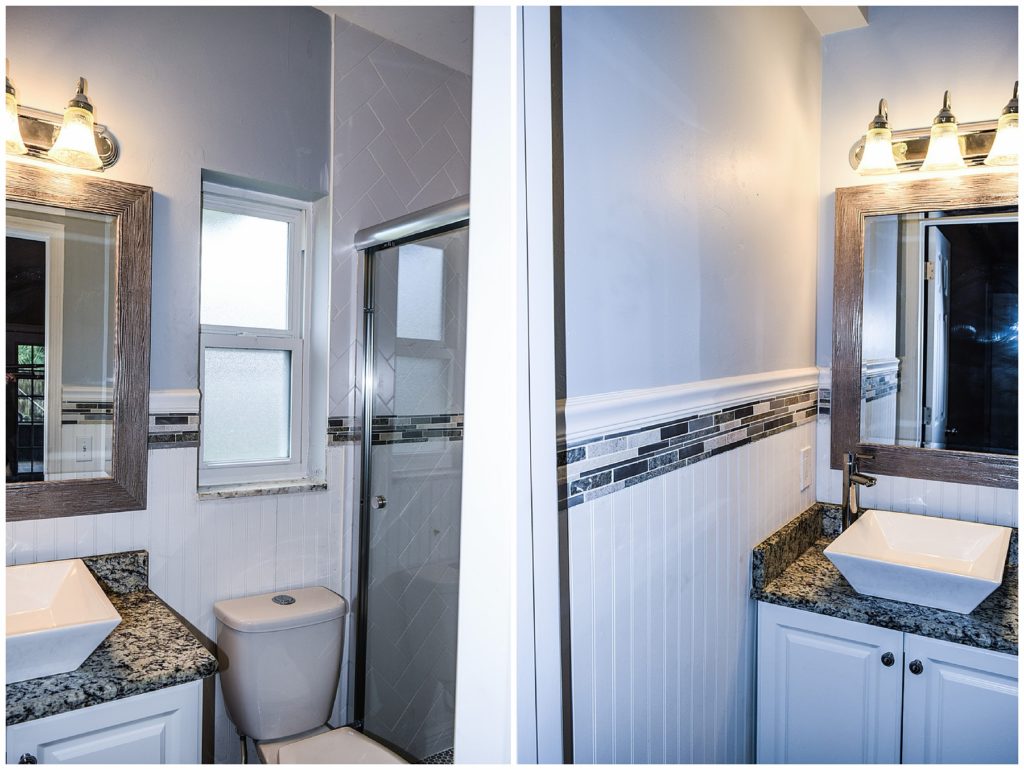 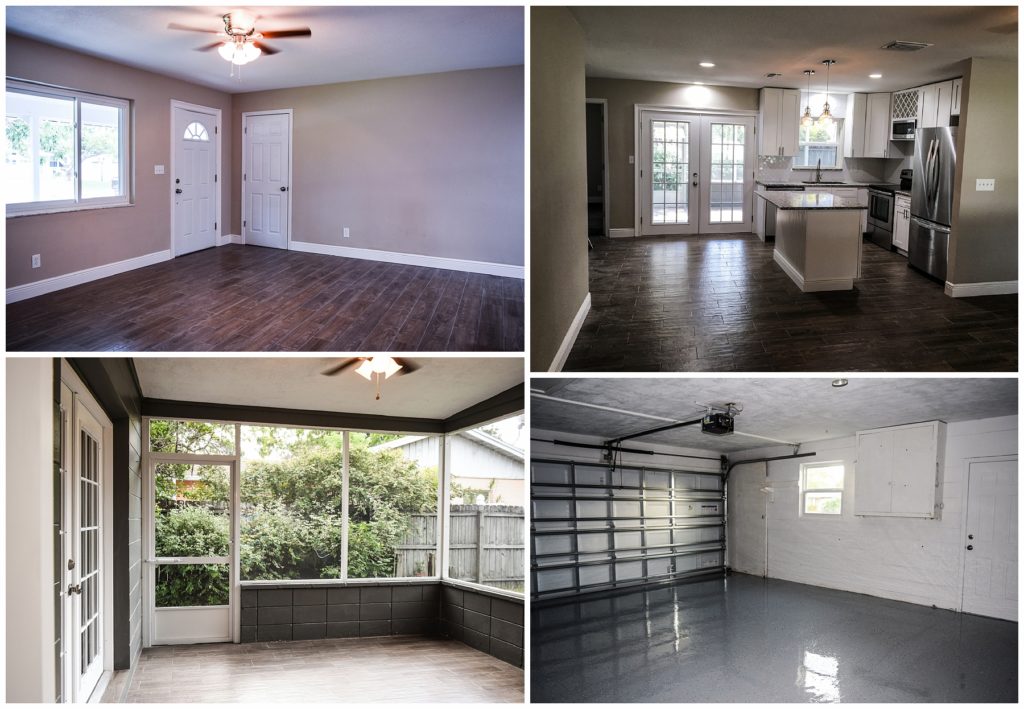 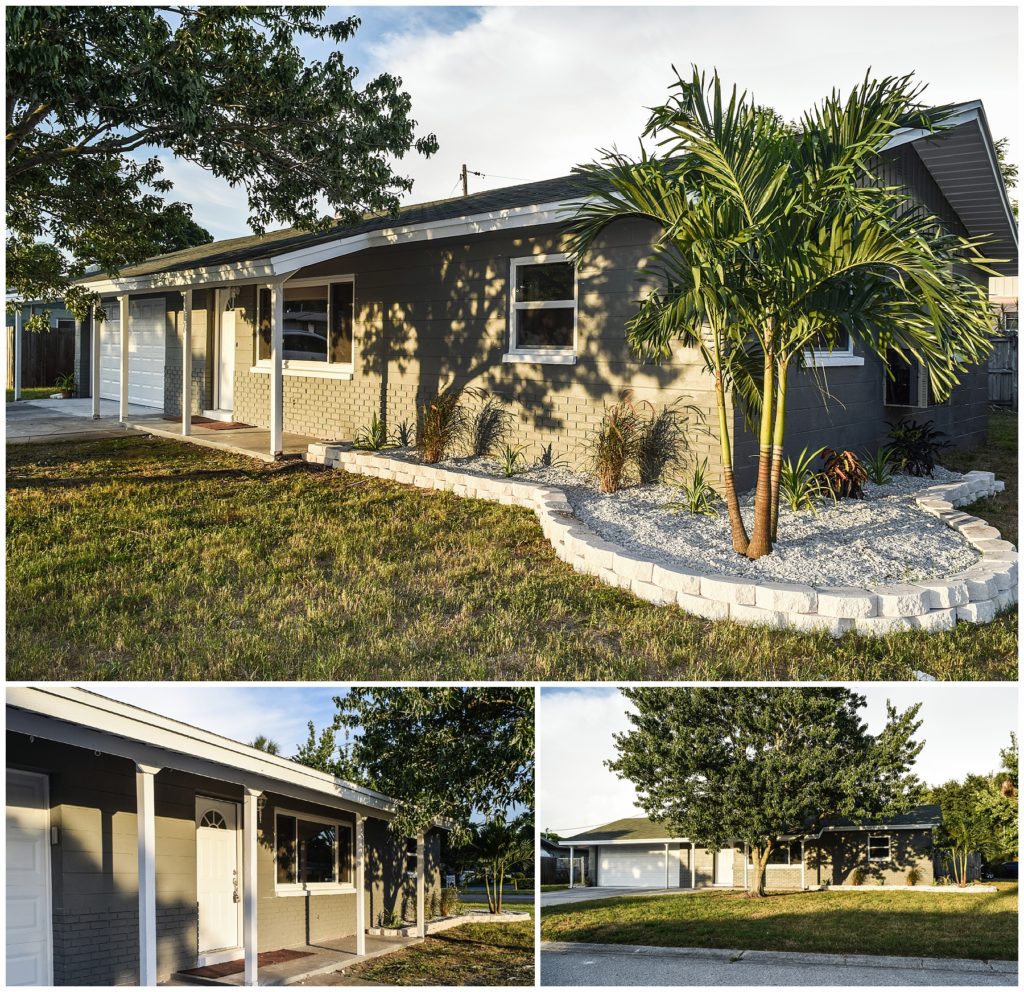 Now for the fun part – Before and After Photos: 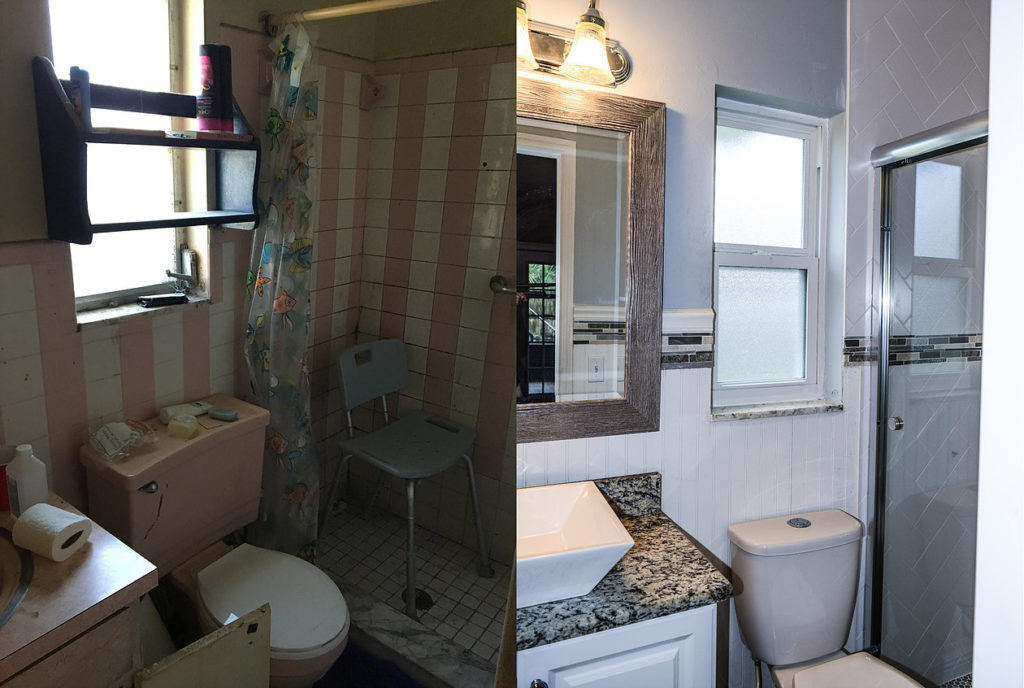 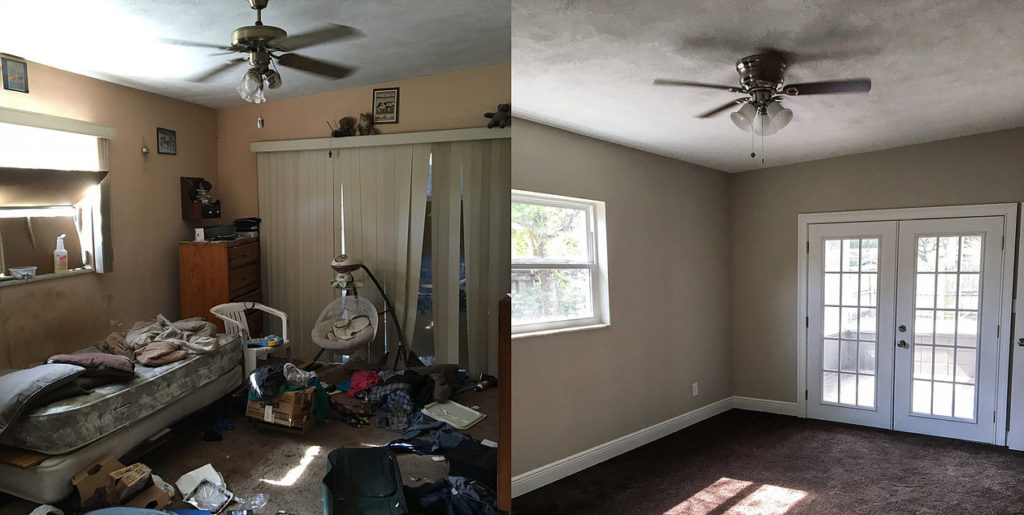 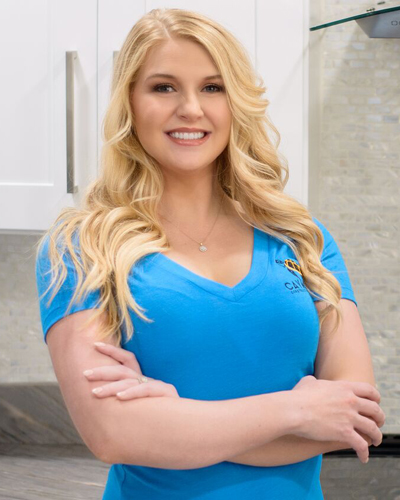